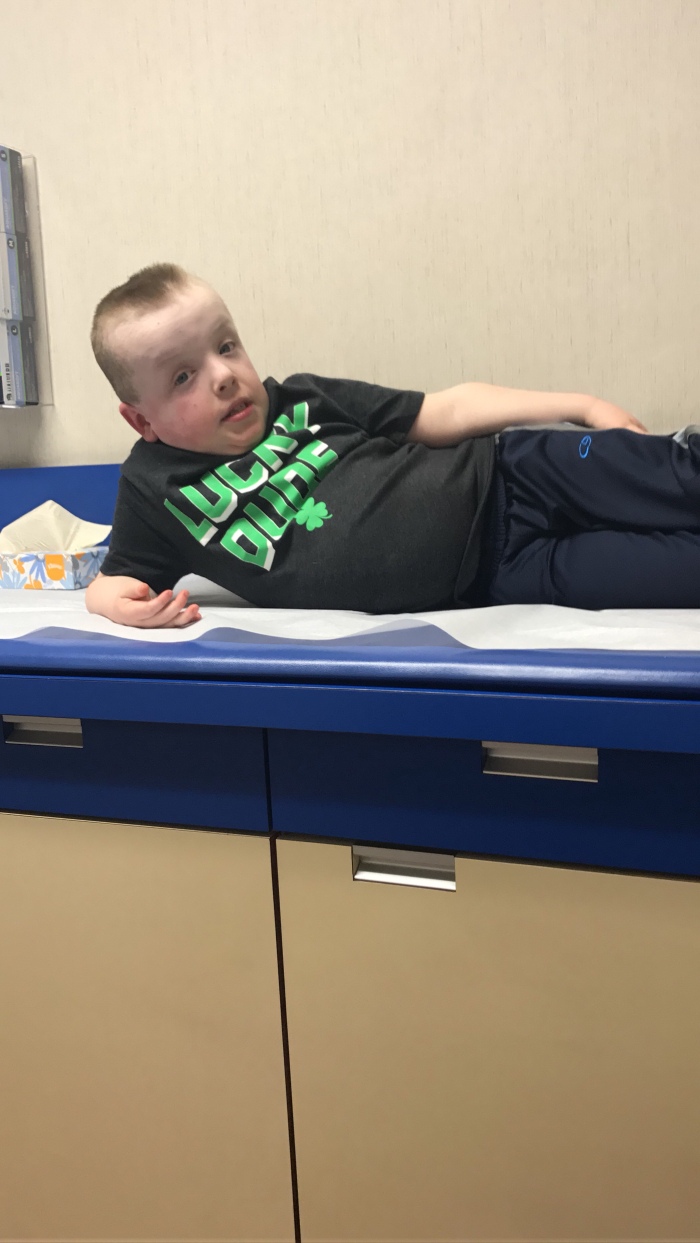 Kelsey should be having two hours of therapy six days a week.  Instead she’s fighting the flu.  Dave has an especially busy work week.  Snow is coming which means school will most-likely be affected throughout the week. The load is heavy and I’m feeling it.

I’m forced to wonder if leaving Kennedy Krieger was the right decision.  It was the plan for months. And although it wasn’t the right place for Kelsey, as far as we were concerned, she would have gotten the therapy she needed.  Yeah I would be burdened to share a room with a stranger in a cramped room but other burdens may not have presented themselves.  I’m pretty confident she did not catch the flu virus until we were back home at school and therapy.

Illnesses aside, she can’t walk.  And I’m aching to be back to our normal.  I’m praying, getting time to myself now and then, exercising (occasionally), and drinking the wine.  But none of that is helping.  By leaving the hospital, we put the burden of rehabilitation on ourselves.  The load is heavy and I’m feeling it.

This life we live is rich and beautiful but it’s also hard.  Brutal, even. It’s a Brutiful Life,(Melton, 2013). Writing often helps me to cope which brought me here today. I know this is a dark time and the light will come again.  But for now I’ll just try to trust that our instincts were right and that medicine will make my family stop hurting so that we can start thriving again.

Thanks for listening.  More than gifts and meals, it’s what helps the most.